Polyamory and polygamous marriages are not uncommon in the current time and can also form part of tradition, culture, and religious practice in various countries. When individuals are seeking to migrate to Australia and they are involved in a polyamorous relationship, there does remain uncertainty as to how this is assessed when applying for a Partner Visa. To qualify for a Partner Visa, you must be either married to or in a de facto relationship with an Australian Citizen, Permanent Resident or Eligible New Zealand Citizen at the time of your application.

In Australia under section 94 of the Marriage Act 1961[i] bigamy or a polyamorous marriage, defined as marrying another person that is already married, is illegal. However, the case of Cabsari (Migration) [2021] AATA 1432 (13 May 2021) explores the notion of polyamorous marriages and relationships and whether these can fit within the definition of de-facto relationship and spousal relationship under the Migration Act 1958.

Under section 5CB of the Migration Act 1958[ii], a de-facto relationship is defined as comprising the following factors:

Under section 5F of the Migration Act 1958[iii], a spouse in a married relationship is defined as comprising the following factors:

The main concern is the reference to both a de-facto relationship and a spousal relationship being ‘to the exclusion of all others’.

In this case, the Sponsor and Visa Applicant were married on 10 July 2008 in Indonesia. The Sponsor remained married to his first wife at the time that he married the Visa Applicant. It is important to note that under Indonesian or Islamic law, polyamorous marriages are recognized.

The Sponsor explained that he remained married to his first wife and lived with her and his children as they did not want to disrupt the children’s life with their divorce. The Visa Applicant attempted to apply for a Partner Visa to come to Australia to live with her husband, the Sponsor. However, the consideration was raised as to whether the Visa Applicant met the relevant criteria given the status of Australian law and the failure to recognize polygamous marriages.

Whilst this case does not concern Partner Visas, it is helpful to gain a further understanding of the interaction of polyamorous relationships and migration law. The following analysis is confined to the discussion surrounding polygamous relationships within the case. UR Rehman and Minister for Home Affairs (Citizenship) [2019] AATA 2344 concerns the refusal of Australian citizenship on the basis the Applicant failed to satisfy he was of “good character” by failing to disclose his marriage and child in Pakistan whilst he was also married to a woman in Australia.

The delegate of the Minister stated in the Applicant’s refusal letter that his conduct amounted to bigamy or a polygamous relationship which “does not conform to the values of Australian society and is against Australian law”.[iii]

On review of the decision by the AAT, the Tribunal held that the view of the delegate was incorrect.[iv] There was reference made to section 6 of the Family Law Act 1976 which provides for polygamous marriages to be recognized where the union was certified in another country.[v] The final conclusion on the matter of the polyamorous marriage was that the delegate should not have relied upon this factor as determinative of the Applicant’s character. The Tribunal appeared to be seeking to accept the nature of polygamous relationships and raised the point that there are circumstances where polygamous marriages can and may be recognized in Australia.[vi]

The intersection between polyamorous marriages and migration law is complex. However, the acceptance of such unions appears to be slowly changing for the better. The Cabsari case demonstrates that the definition of ‘spouse’ and ‘de-facto’ are not as strictly construed as in other areas of Australian law. Further, the case of UR Rehman illustrates that the Tribunal has a willingness to recognize foreign marriages or relationships that may not necessarily conform to the legal standard in Australia. 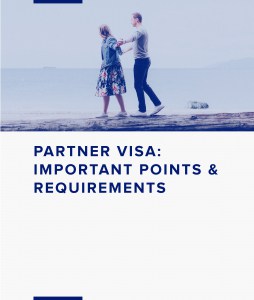