With this visa the child can

With this visa the child can

Travel to and from Australia for 5 years

The child can travel to and from Australia as many times as they want for 5 years from the date we grant this visa. This is as long as the travel facility of this visa remans valid.

If the child wants to travel after the initial 5-year travel facility:

To see when the child’s travel facility ends, use VEVO.

How long the child can stay

This is a permanent visa. It lets the child stay in Australia indefinitely.

The child becomes a permanent resident the day we grant the visa.

If the child has siblings who also want to apply, submit separate applications for each sibling.

The child’s dependent children can be included on their application when they apply or at any time before we decide the application.

Dependent children of the child who apply for the visa must meet our health requirement.

Family members who are not coming to Australia might also have to meet our health requirement.

The visa costs AUD2,470 for the main applicant.

There is also a charge for each dependent child who applies for the visa with you.

There might be other costs for health exams, police certificates and biometrics.

To work out what your visa will cost, use the Visa Pricing Estimator. The estimator does not take into account the other costs.

The child must be in Australia, but not in immigration clearance, when the application is submitted and when we make a decision.

The child can’t apply for this visa if they are in Australia on another visa with a no further stay condition.

The child and any dependants must obey all Australian laws.

Be their parent’s dependent child

If the child was adopted after their parent became an Australian citizen, Australian permanent visa holder or eligible New Zealand citizen, they must have been adopted:

To be eligible for this visa, a stepchild must:

The step-parent must also have either:

The child must be sponsored by an eligible parent or their parent’s spouse or de facto partner.

We must approve the sponsorship. We might not approve sponsorship if the sponsor or their partner has been charged or convicted of offences involving children. Learn more about measures for the protection of children.

The child must be either:

If the child is over 18 years

If the child is 18 years or older, they:

The child is a full-time student if they are:

The child should have started study since turning 18 years of age or within 6 months (or a reasonable time) of finishing school. Any gaps of more than 6 months between their final year of school and the start of their further studies must be explained.

If the child is over 18 years with a disability

If the child is 18 years or older with a disability, they:

If the child is over 18, they must never have been married or had a de facto partner.

The child and any of their dependent children who apply for the visa with them must meet our health requirement.

Dependent children who are not applying for the visa might also need to meet our health requirement.

If the child is aged 16 years and over they must meet our character requirement.

We might also ask that their dependent children who apply for the visa with them meet the requirement.

Have paid back debt to the Australian Government

If the child or any member of their family owes the Australian Government money, it must be paid back or there must be a formal arrangement to pay it back.

Children aged 18 or older must:

Not have had a visa cancelled or a previous application refused

The child might not be eligible for this visa if, since they last arrived in Australia, we have:

Check if visa cancellation or refusal affects your eligibility..

Have consent to migrate to Australia

We will only grant this visa to a child younger than 18 years if either:

Best interests of the child

We might not grant this visa if it is not in the best interests of an applicant under 18. 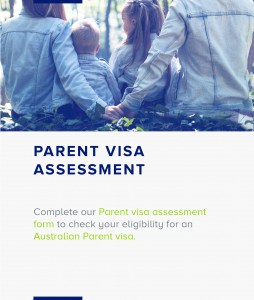 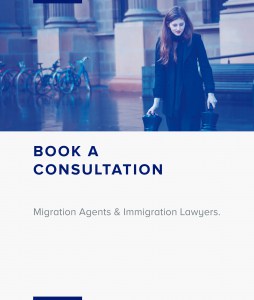