In 2020/21 the government anticipates an increase of just 36,000 people. This is a significant decline from the 2018-2019 year, when the Australian Bureau of Statistics reported that the country’s population grew by nearly 240,000. In fact Australia’s net migration figure has exceeded 180,000 every year since 2006. If Scott Morrison’s predictions are correct, Australia will experience the lowest population increase in more than 40 years.

In the most recent financial year, there were nearly 120,000 working holiday visa holders in Australia. These are international visitors with the right to travel and work in Australia.

Temporary visa holders are less likely to have strong ties to Australia eg owning property or have family members who live permanently in Australia, and so are likely to return home if they have lost their job. A significant proportion of temporary visa holders are employed in the tourism, hospitality or agriculture sectors, which have been severely affected by the lockdown.

Prime Minister, Scott Morrison has cautioned that cuts to the skilled migration program would have adverse effects on the economy and communities. In Australia, there are approximately 2.1 million temporary visa holders and 1.78 million permanent residents. More than 25% of Australians were born overseas and nearly 50% of Australians have a parent born overseas.  Thus, the positives contribution of our immigration policy cannot be ignored:

The federal government has forecasted that migration intake will reduce by 85 percent due to the travel ban. Scott Morrison told reporters following the national cabinet meeting that “on the 2018-19 year for net overseas migration, we’re expecting just over a 30 per cent fall in 2019-20, the current financial year. And in 2020-21, an 85 per cent fall-off those 2018-19 levels as well.”

The current planning level for 2019-20 migration program is listed below. While it is unlikely that migration level would meet the 160,000 cap, Scott Morrison has indicated that after the global crisis has passed, he intends to maintain migration intake around 160,000 – 210,000 a year.

Australia’s Migration Program settings are designed to ensure that migration is beneficial for the current and future economic and social development of Australia. The Migration Program is currently planned and managed annually, with the Program set at an annual planning ceiling of 160,000 places for four years from 2019-20.

The permanent Migration Program consists of these streams: 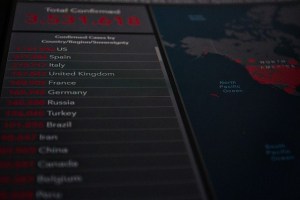 Scott Morrison has revealed a national three-stage plan out of coronavirus. We may expect to see travel exemption to international students as early as July 2020. While the specifics of the exemptions have not been announced, the government will be working with institutions to come up with a plan. 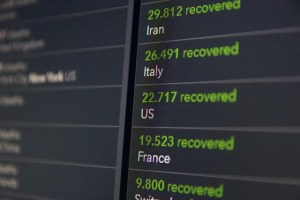 To see the impacts of the Covid-19 on Australia’s immigration intake, we have summarised some of the numbers for you:

If you would like a comprehensive consultation which includes assessing you for other temporary and permanent visa options (Skilled visas, Employer Sponsored, Partner, etc.) as well, we recommend our standard 45 minute to 1 hour consultation which can be scheduled here: